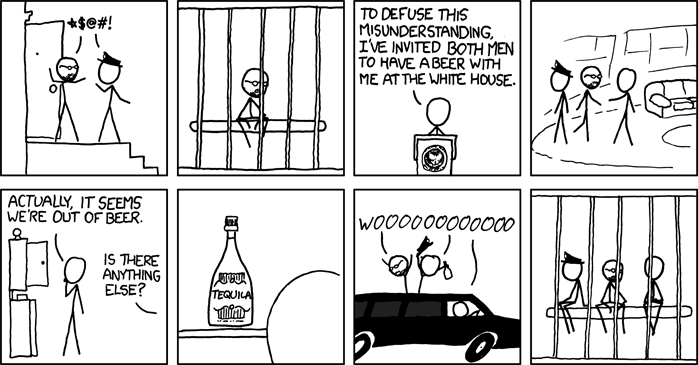 Computer science is a relatively young science compared to others, like math, physics, chemistry, medicine etc. Especially computer science, as we know it today, started its development since Alan Turing‘s era and work. And till today a lot of people do not understand, nor appreciate the work we do and the results we deliver.

Think yourself, a software developer, sitting at a table with other STEM people. And suddenly someone comes at your table and ask what do you do for a living. Who do you think will have to provide the most information about their work? The doctor? The chemist? The architect? The mathematician? You got it! The software developer!

Oh you work with computers!

When I was younger, and sometimes even today, I had, and I have, to explain to older people what I do for a living. The concept of a computer device that does almost anything was too big for them. Especially when I told them I program them!

Unfortunately the same thing happens with some (much) younger people. It is uncanny to me that a young person doesn’t know how a computer and internet work, and how a software is developed. No, no, no I am not talking to know in depth the details of our work, but simple general things, like the fact that a programming language allows us to instruct the computer’s CPU to execute some calculations and save the results to the RAM or the hard drive! And no, I am not exaggerating! Unfortunately I don’t keep a diary with all the crazy things I have heard all those years.

The next big thing idea!

Another thing that I don’t like, is people who believe they have the next big thing idea and need a software developer to make it for them. And I feel really sad about the developer who will go down the rabbit hole listening to bullshit from people who think that software is developed with magic and want to underpay. And you end up explaining to them all the fallacies, the limitations, the cost and the human resources needed, they put themselves into the denial domain and return with counter arguments that make no sense! The worse case scenario is that managers and bosses do the same. And if you have to face them 9-5 every day…. oh boy!

Oh come on, you just press some keys

And we come the worse point of human interaction between a software developer and anybody else. The ones that try to humiliate you, to make you feel bad by degrading your profession. Well if our jobs was just to press some keys then everybody would it. And unfortunately this toxic behaviour is not only against software developers but almost any profession. I have seen people bossing and deriding doctors! There is no limit for those people!

I really enjoy when people upload their setups at 9gag and ask from the other users to rate their setups. I don’t care if setups are actually their or they do it for points and the comments, but I have seen great setups. And I have been asking myself “Why don’t we see similar setups at the offices?”. Yes, the cost, I know. You can’t buy really good chairs and desks for 20, 50, 100, 500 employees and I can’t accept working seating to a shitty chair and to a horrible desk. Our work, is mental, and this means our body must be relaxed. If it is impossible to seat properly, or after a time my body is pain, I will not be able to as productive as expected.

The original idea of open space offices goes back in the 50s by a team in Hamburg, who thought that this would help the communication among employees.I worked at an open space office, and no it didn’t help at all. 60 people in a huge room, all of us with headset on in order to survive the noise. Add the chit chat, the long conversations, I don’t know how this open space thing helps software developers to be productive. At least it didn’t help me. A prefer working in a small office, three to four people max.

Ask your non software related friends if they know five people. Artists, politicians, athletes and one the names let it be a computer science person. How many do you think they know the CS person? We “know” each other, through blogs, books, magazines, you tube, conferences but we are completely out of the mainstream media. Maybe in the States things are better, but related to what mainstream media show in the 195 countries around the globe, I don’t think we are a priority.

In the end who appreciates us?

In my humble opinion, I believe that we still have a lot of milestones to achieve till people understand us better. TV series like The Big Bang Theory and IT crowd depict the truth more or less. The bottom line is that scientists in general are not appreciated enough, it’s not just us the source code riders. This article could last forever trying to analyze why this is happening, but I leave the rest to you!

All the money will be donated to the Smile of the kid NGO.

How to set environment variables into the header inside RapidAPI Client for VS Code?

How to secure a RESTful API?

Proxies are everywhere. It is not uncommon for a typical network request to travel across several of them.

In this video we talk about some common use cases.

My top-10 study list if I was learning machine learning again:

Almost everything you need to know ↓

5,5 hours of valuable knowledge on all the latest news about #Cloudcontainers & #Infrastructure as our experienced speakers presented during #vdthess2022! 👇
https://bit.ly/3Dw2j7T

This website uses cookies to improve your experience while you navigate through the website. Out of these cookies, the cookies that are categorized as necessary are stored on your browser as they are essential for the working of basic functionalities of the website. We also use third-party cookies that help us analyze and understand how you use this website. These cookies will be stored in your browser only with your consent. You also have the option to opt-out of these cookies. But opting out of some of these cookies may have an effect on your browsing experience.
Necessary Always Enabled
Necessary cookies are absolutely essential for the website to function properly. This category only includes cookies that ensures basic functionalities and security features of the website. These cookies do not store any personal information.
Non-necessary
Any cookies that may not be particularly necessary for the website to function and is used specifically to collect user personal data via analytics, ads, other embedded contents are termed as non-necessary cookies. It is mandatory to procure user consent prior to running these cookies on your website.
SAVE & ACCEPT